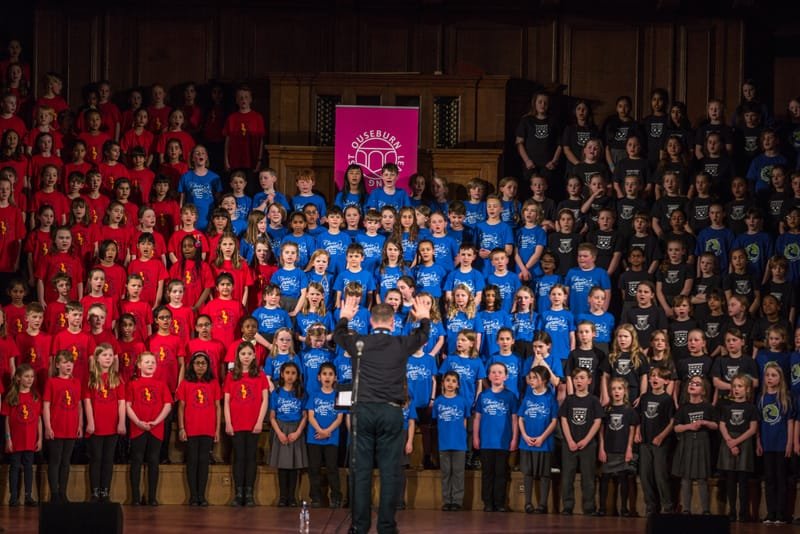 Miles and Gary have many years of experience organising and leading large-scale singing projects with groups of schools - this started with the Ouseburn Learning Trust. They organised, conducted and accompanied 12 annual concerts at the City Hall for this group of schools, where they were both headteachers. Concerts were also organised for other groups of schools. They have developed an effective model which is centred on children enjoying a high-quality singing experience.

The final concert would involve each school singing one or two songs on their own and a combined repertoire of about seven songs. Themes have included Peace, Work, Protest and the Sea. But there have also been more generic themes of just enjoying singing.

To find out more please get in touch

,An outline project would include:

Watch a short film about the importance of singing in schools that Miles made when he was a Headteacher.